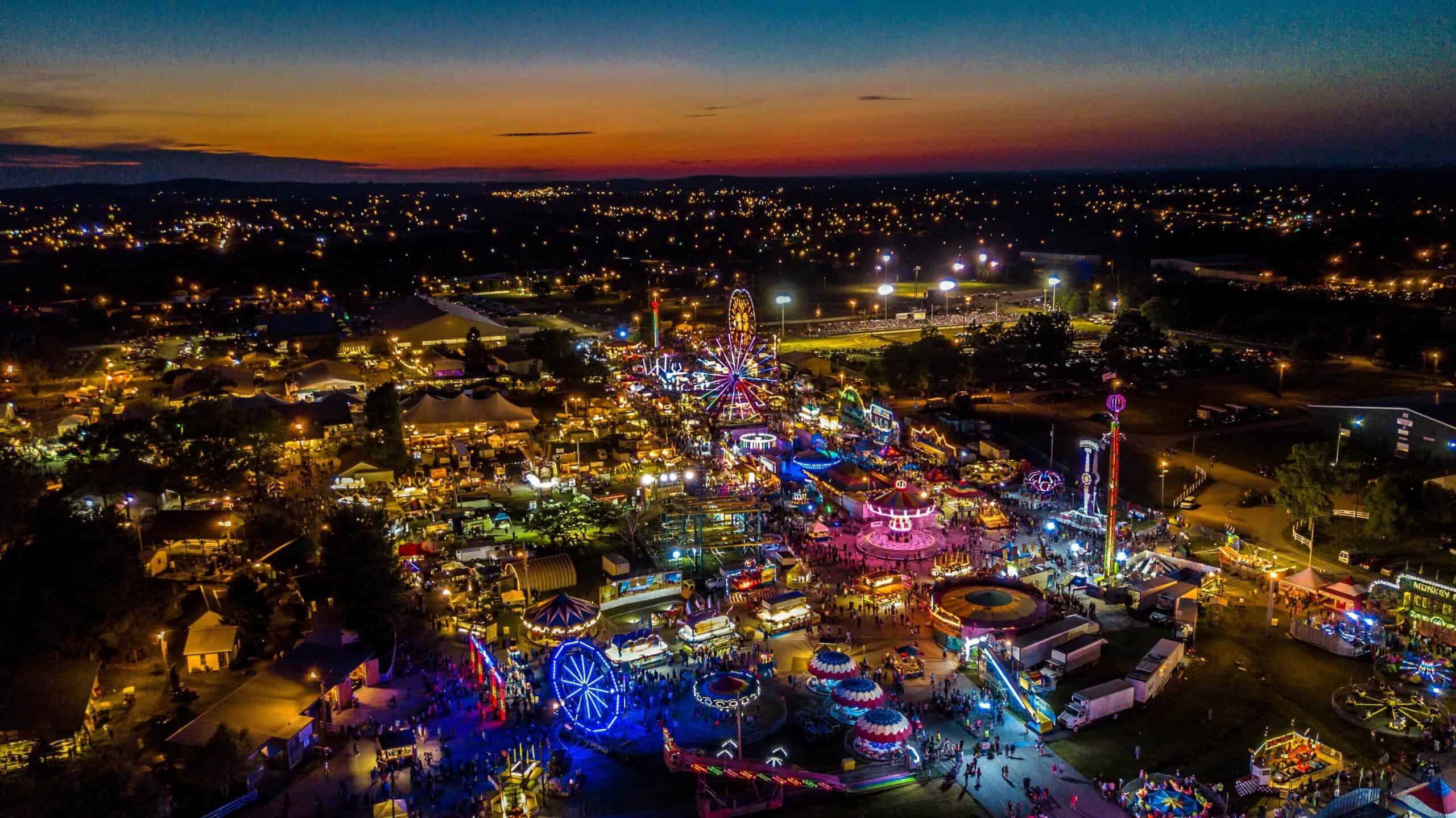 What Happens If You Don’t Have an Automatic Home Backup Power Generator in Chattanooga, Tennessee

When it comes to weather in Chattanooga, we expect the unexpected. Located on the Tennessee River, Chattanooga is surrounded by mountains and ridges that often land us between warm, moist air from the Gulf of Mexico and cold, dry air from Canada, with a boost from the jet stream. Winters are mild – but snowfall ranges from a few inches to a foot.  Summers are hot and humid with thunderstorms and rain. Spring frequently brings hail, flooding, and, increasingly, tornadoes.

Until a decade ago, Chattanooga residents – including meteorologists – enjoyed a false sense of security, believing the mountains would protect them from violent tornadoes, and that their forecasting techniques and understanding of how tornadoes formed were sophisticated enough to provide ample advanced warning.

Then we learned better. In the days before April 27, 2011, experts warned of a potentially “high risk” thunderstorm for the region. But, as the storm formed supercells, 90% — instead of the usual 25%  — produced tornadoes packing deadly winds of more than 200 mph. From midnight to midnight, they swept across northern Georgia and into southeast Tennessee, flattening buildings,  toppling electric towers, and knocking out cell towers and sirens – leaving Chattanooga residents without power and with very little warning of what to expect.

This 2011 Super Outbreak introduced weather scientists and Chattanooga residents to a new breed of violent and more deadly tornadoes that behaved differently than those on the southern Plains or along the Southeast coast.  These stronger, long-track tornadoes moved at higher speeds and often hit at night.  Traveling across hilly and heavily forested landscapes, they are usually embedded in shafts of heavy rain, making them hard to see in advance.

One of the important lessons scientists learned from studying the patterns of 199  tornadoes from that day was that power outages were the primary cause of the high death toll because warnings were issued but not received.

Which brings us to Chattanooga’s unforgettable Easter Tornadoes in the Spring of 2020….

Between 8 pm and midnight on Easter Sunday, April 12,  2020, just as we were starting to come to grips with COVID-19 restrictions, social distancing, and what long-term “sheltering in place” would mean,  a powerful thunderstorm system unleashed a series of seven tornadoes along the border of Georgia and Southeastern Tennessee. One tornado hit the Chattanooga  Metro with 145 mph winds, killing ten people and sending dozens to nearby hospitals. Throughout  Chattanooga and Hamilton County, tornadoes, thunderstorms, hail, and high winds damaged hundreds of homes, churches, businesses, and other buildings, resulting in flooding and widespread power outages.

Suppose you were lucky and your home was still standing on Easter Monday. In that case, chances are that you were one of more than 60,000  who lost power when hundreds of power poles and more than 50 miles of power line were completely destroyed. While the rest of the country was learning how to work and attend school from home, additional storms caused 500 more outages and hampered restoration. Ten days after the tornado struck, 2400 were still without power, and 400 homes were too damaged for restoration. Supplies continued to be scarce, and the lengthy clean-up had really just begun.

If you live in Chattanooga, you know that when the power goes out unexpectedly, it doesn’t take too long for your food, supplies, and peace of mind to run low – especially when damage is massive and outages are widespread. And, just over the past few years, we’ve already learned first-hand how climate change is shifting and intensifying weather patterns in the Tennessee Valley. Scientists predict that future storms in southeastern Tennessee will be increasingly unpredictable, intense, widespread, and frequent.

If you don’t have a backup home generator in Chattanooga, your options are limited when the power goes out. You can wait for it to come back on — no cooking, no lights, no refrigeration, no HVAC, no TV, no phone chargers, no power for medical devices, and often no water.  Hunting down an available hotel room or a kind-hearted friend with power means using what’s left of your dwindling phone charge.  That can be a gamble if roads en route are blocked by fallen trees, downed power poles and lines, or traffic accidents.

Tornadoes can happen any time of the year in Tennessee. While you can’t control the weather, you CAN avoid a replay of the inconvenience, worry, and insecurity that comes every time there’s a warning for severe weather that could knock out power.

Before the next season brings new power outage challenges,  you can explore an altogether better option—the peace of mind that comes with uninterrupted power from an automatic, whole home backup generator from Canter Power Solutions.

When you’ve got a backup Generator in Chattanooga, Tennessee

Now, think about how your life would change if you never had to worry about being without power service in Chattanooga – ever again. If the power goes out – for any reason – you can relax in the comfort and protection of your own home as your life goes on as usual,  even if power is out for an extended period.

Whether it’s a major storm or a sunny day blip, your home backup generator turns itself on automatically,  just 15 seconds after your home’s power goes off — and it stays on until utility service is restored.  You don’t have to do anything.

Even if the power goes out while you’re still inching your way home along interstate I-75 or I-24,  or you’re stuck in a bottleneck along Highway 41, you don’t have to worry.  Your home generator will start up automatically and run everything you count on in your house, just as if you were there.

Imagine this scenario next time the power goes off in Chattanooga.

Whether you live downtown, out in St. Elmo, or across the Georgia state line, your lights and power are ON, even if all your neighbors’  homes are dark.  You can heat and cool your home, cook, wash dishes and clothes, bathe, charge your phones and computers and keep your refrigerated and frozen food safe.  You can provide a haven for family members, friends, or neighbors who don’t have power. And, if someone in your family counts on power to keep medicines cool or to power medical equipment, you are covered.

Your whole family can watch television, listen to music, read books, play games, and use computers and phones to stay in contact with your larger world. Instead of rationing candles and flashlights, you can stay up after dark doing what you want and need to do. With a Generac whole home backup generator, you can even select to run only certain appliances during a power outage if you prefer. The choice is 100% up to you.

If you live in the Chattanooga Metro area,  you’ve experienced how quickly storms or other power outages make life complicated and stressful.  School, work, and transportation schedules are disrupted. You worry when you lose contact with family and friends — those who count on you, or those you count on — even if it’s just temporary.

It’s at times like this that you really appreciate being in your own home, sleeping in your own bed, eating the food you like, and relaxing with your favorite TV programs, books, and family, not to mention having phone and internet service to keep up with school or work and to stay in contact with family Keeping up with closings and conditions in and around  Chattanooga helps everyone in your household feel more at ease and connected.

Canter Power generator owners throughout the Chattanooga Metro area will tell you about the peace of mind that comes with knowing they will never have to suffer through an unexpected or prolonged power loss.  Thanks to your Canter Care  Protection Plan’s   24/7 remote monitoring and automatic maintenance, you know that you are always ready for anything. You can plan ahead by stocking up on food and supplies when it’s most convenient for you because when emergencies strike,  you know you’ll be comfortable, safe, and fully powered in your own home.

Why Choose Canter Power Systems For Your Home Generator
in Chattanooga, Tennessee

It’s important to make the best choices when it comes to protecting your family and your home when bad weather strikes Chattanooga.