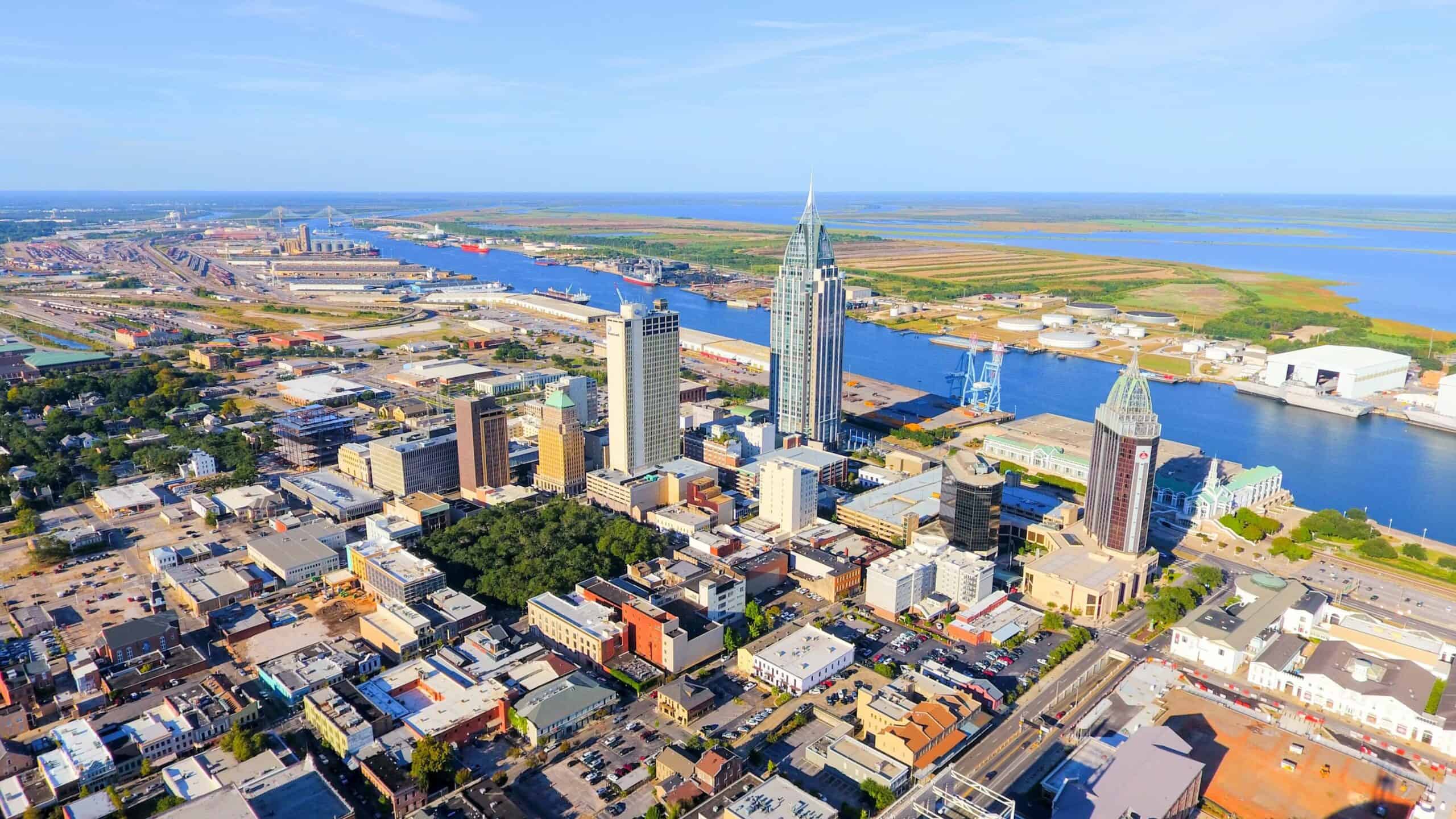 What Happens When  You Don’t Have an Automatic Home Backup Power Generator in Mobile, Alabama

If you live in Mobile, Alabama, you enjoy its mix of big-city amenities, small-town charm, and rich cultural history.  For example, we love that back in the early 18th century, Mobile was the birthplace of Mardi Gras in the United States. But, above all, it’s the experience of living along the Gulf of Mexico and Mobile Bay, surrounded by water, estuaries, and wetlands, that defines Mobile.

Located in the southwestern corner of Alabama, the Mobile Metro is the state’s third-largest metro area and includes  Mobile County, Baldwin County, Dauphin Island, and other offshore island communities. Our mild subtropical climate translates into hot, humid summers (but not as hot as most of Alabama) and mild, rainy winters (except when Arctic fronts bring record lows).

That adds up to a lot of precipitation, and if you didn’t already know it, you might have figured out that Mobile – NOT Seattle — is the wettest city in the contiguous United States. On average, Mobile gets twice as much precipitation as Seattle each year, but we also have twice as many sunny days when it comes to blue skies.  Most of Mobile’s rainfall comes from June through November, during hurricane season. Tropical storms and hurricanes in the Gulf of Mexico bring destructive wind and dangerous flooding, resulting in frequent,  widespread, and often multi-day power outages.

Spring and fall bring their share of thunderstorms and severe weather. Winter snow in Mobile is minimal, and temperatures generally stay above freezing. But occasional Arctic fronts, ice storms, and record-breaking lows can damage equipment or overload the grid, leaving thousands without power for hours — and even days. And although tornadoes are uncommon in winter, they can happen anytime during the year.

You’ve learned to take Mobile’s changing weather in stride. But,  even if you’ve only lived here for a few years, you’ve experienced some of the Gulf Coast’s worst hurricanes. You only have to go back to Hurricane Sally in September 2020 to relive what it was like to live with widespread damage and long-lasting power outages.

On September 14, 2020,  slow-moving Hurricane Sally became the fifth of eight tropical storms to make landfall in the Gulf of Mexico. Sally formed into a hurricane about 50 miles off the coast with peak winds of 100 mph,  then stalled and churned off-shore for three days.  As the storm slowly headed toward Alabama’s Gulf Coast at 2 miles per hour, Sally dropped 30 inches of rain onshore, causing historic levels of flooding.

But it doesn’t take a direct hit like  Hurricane Sally to seriously disrupt power and life in Mobile.

When You’ve Got an Automatic Home Backup Power Generator
in Mobile, Alabama

Now, think about how your life would change if you never had to worry about being without power service anywhere in the Mobile Bay area.  If your power goes out – for any reason – you can relax in the comfort and protection of your own home. Your life goes on as usual,  even if power is out for an extended period.

Whether it’s a major storm, a power grid failure, or a sunny day blip, your home backup generator turns itself on automatically,  just 15 seconds after your home’s power goes off — and it stays on until your electricity is restored.  You don’t have to do anything.

Even if you’re not home when power goes out, you don’t have to worry.   You could be stuck in traffic on Airport Boulevard, or on I-10 crossing Mobile Bay via the George Wallace Tunnel or the Bayway viaduct bridge. Wherever you are when your power goes out, your Generac backup generator will start up automatically and run everything you count on in your home, just as if you were there.

Wherever you live in Mobile, Bayou La Batre, Gulf Shores, or out on Dauphin Island– your lights and power are ON, even if all your neighbors’ homes are dark.

You can heat and cool your home, cook, wash dishes and clothes, bathe, charge your phones and computers and keep your refrigerated and frozen food safe. You can provide a haven for family members, friends, or neighbors who don’t have power. And, if someone needs power for assistive medical equipment or to keep medicines cold, you’ve got that covered.

Your whole family can watch TV, listen to music, play games, or just relax. You can use your computer or phone to stay in contact with family, work, and friends. Instead of rationing candles and flashlights, you can stay up after dark doing what you want and need to do. With your Generac whole home backup generator, you can even select to run only certain appliances during a power outage, if you prefer. The choice is 100% up to you.

If you live inside Mobile city limits or out in Mobile or Baldwin County, you have first-hand experience of how storms and other power outages can quickly make life complicated and stressful.  Work, school, and transportation are disrupted. And, you worry when you lose contact with family and friends — those who count on you, or those you count on — even if it’s just temporary.

It’s at times like this that you’ll really appreciate being in your own home, sleeping in your own bed, eating the food you like, watching your favorite TV programs, or relaxing with a  book — not to mention having phone and internet service to keep up with school or work and to stay in contact with family and friends. Keeping up with closings and conditions in and around Mobile helps everyone in your household feel more at ease and connected.

Canter Power generator owners throughout the Mobile Metropolitan area will tell you about the peace of mind that comes with knowing they will never again have to suffer through an unexpected or prolonged power loss.  And, thanks to your Canter Care  Protection Plan’s 24/7 remote monitoring and automatic maintenance, you know that you are always ready for anything. You can plan far ahead by stocking up on food and supplies when it’s most convenient for you because when an emergency strikes, you know you’ll be comfortable, safe, and fully powered in your own home.

Why Choose Canter Power Systems For Your Home Generator
in Mobile, AL

It’s important to make the best choices when it comes to protecting your family and your home when bad weather strikes Mobile.