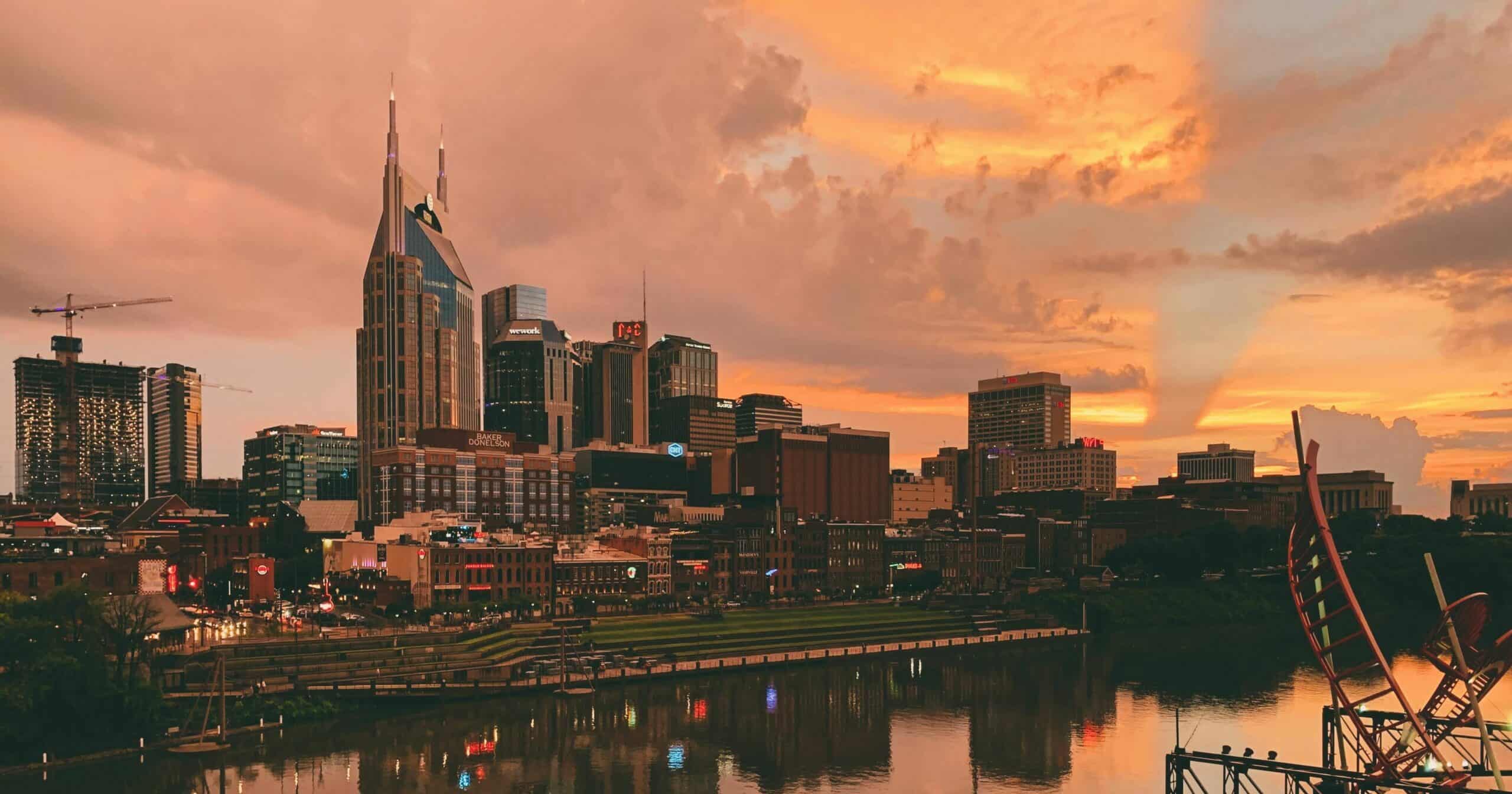 What Happens When You Don’t Have an Automatic Home Backup Power Generator in Nashville, Tennessee

If you live in Nashville (or wish you did), you know that there are a thousand great reasons to live in the Music City,  not the least of which is its climate. Because of its location,  Nashville enjoys four distinct seasons without any of them being too severe – about 5” of snow during the winter and summers that can get hot, but not sweltering. Nashville’s climate is classified as humid subtropical, with precipitation spread pretty evenly throughout the year.

Suppose you are among the 1.6 million people who live in Metro Nashville (which covers most of the Middle Tennessee region). If so, you know that on a day-to-day basis, this covers a wide range of temperatures and types of weather, especially during the spring. In fact, March through June is referred to as the “Spring Storm Season” out of respect for the variety and number of strong thunderstorms, hailstorms, floods, and tornados that hit each year.

Middle Tennessee and the rest of the lower Mississippi Valley are increasingly vulnerable to strong or violent tornadoes.  Sometimes nicknamed “Dixie Alley,” it has more strong, long-track tornadoes, moving at higher speeds than tornadoes in the southern Plains. These tornadoes often hit at night,  traveling across hilly and heavily forested landscapes, and are usually embedded in shafts of heavy rain, making them hard to see in advance.  Each year,  states in this region record the highest number of tornado-related deaths in the country (excluding Texas).

Which brings us to Nashville’s unforgettable Spring of 2020. . .

In the beginning of March 2020, just as we were starting to come to grips with COVID-19, social distancing, and what long-term “sheltering in place” would be like, a supercell storm released a series of 10 deadly tornadoes overnight between March 2nd-3rd. With wind speeds ranging up to 175 mph, the worst of these tore a long and wide scar across the Metro Nashville area, taking 25 lives and destroying hundreds of homes, churches, businesses, and other buildings.  Historic neighborhoods like Five Points, Donelson, Germantown were largely destroyed, and the nearby community of Cookeville was devastated.

As one of our hometown writers, Margaret Renkl, summed it up for The New York Times,  “It’s pretty hard to shelter in place when your shelter has just taken a ride through the sky.”

If you were lucky and your home was still standing the next day, chances are that you were one of more than 47,000  customers without power. The damage was so bad that officials said there was no way to predict when power would be fully restored. Undamaged hotels filled up quickly, and we were encouraged to bunk in with friends, family, or at a shelter, especially if someone in our family needed electricity to keep medicines cold or to power medical equipment.

A full week later, as the whole nation went into Phase I COVID-19 restrictions and were told to work and school from home, 15,000 Nashville families were still without power in their homes, supplies were still scarce, and the lengthy clean-up had really just begun.

But Spring Storm Season wasn’t over yet. Less than two months later, on May 2nd,  more than 130,000 Nashville residents lost power when a derecho – an unusual and widespread weather system of straight-line winds topping 70 miles per hour — passed through Nashville, taking down trees and power poles.

On May 3rd, you probably felt lucky if you were one of the 50,000 customers whose power had been restored, but that joy may have been short-lived. The very next day brought high winds from another rare weather system called a wake low, which raised the tally of those without power back up — from 80,000 to 120,000.

If you live in Nashville, you know that when the power goes out unexpectedly, it doesn’t take too long for your food, supplies, and peace of mind to run low – especially when damage is massive and outages are widespread. And, looking ahead, we know that climate change is shifting weather patterns and that future storms will be increasingly intense, widespread, and frequent.

If you don’t have a backup home generator in Nashville, your options are limited when the power goes out. You can wait for it to come back on — no cooking, no lights, no refrigeration, no HVAC, no TV, no phone chargers, no power for medical devices, and often no water.  And, hunting down an available hotel room or a kind-hearted friend with power means using what’s left of your dwindling phone charge.  That can be a gamble if the roads en route are blocked by fallen trees, downed power lines, or traffic accidents.

While you can’t control the weather, you CAN avoid a replay of the inconvenience, worry, and insecurity that comes every time severe weather could mean losing power.

Before the next storm season brings new power outage challenges,  you can explore an altogether better option—the peace of mind that comes with uninterrupted power from an automatic, whole home backup generator from Canter Power Systems.

When you’ve got a backup Generator in Nashville, Tennessee

Now, think about how your life would change if you never had to worry about being without power service in Nashville – ever again. If the power goes out – for any reason – you can relax in the comfort and protection of your own home as your life goes on as usual,  even if power is out for an extended period.

Whether it’s a major storm or a sunny day blip, your home backup generator turns itself on automatically,  just 15 seconds after your home’s power goes off — and it stays on until utility service is restored.  You don’t have to do anything.

Even if the power goes out while you’re still inching your way home along interstate I-65 or I-24, or while you’re stuck in traffic on Murfreesboro Road (again), you don’t have to worry.  Your generator will start up automatically and run everything you count on in your house, just as if you were there.

Imagine this scenario next time the power goes off in Nashville.

Whether you live downtown in the 12 South neighborhood, in nearby Brentwood, or in any of the 13 counties that make up the Nashville Metro area,  your lights and power are ON, even if all your neighbors’  homes are dark.  You can heat and cool your home, cook, wash dishes and clothes, bathe, charge your phones and computers and keep your refrigerated and frozen food safe.  You can provide a haven for family members, friends, or neighbors who don’t have power. And, if someone in your family counts on power to keep medicines cool or to power medical equipment, you are covered.

Your whole family can watch television, listen to music, read books, play games, and use computers and phones to stay in contact with your larger world. Instead of rationing candles and flashlights, you can stay up after dark doing what you want and need to do. With a Generac whole home backup generator, you can even select to run only certain appliances during a power outage if you prefer. The choice is 100% up to you.

If you live in the Nashville Metro, you’ve experienced how quickly storms or other power outages make life complicated and stressful.  School, work, and transportation schedules are disrupted. You worry when you lose contact with family and friends — those who count on you, or those you count on — even if it’s just temporary.

It’s at times like this that you really appreciate being in your own home, sleeping in your own bed, eating the food you like, and relaxing with your favorite TV programs, books, and family, not to mention having phone and internet service to keep up with school or work and to stay in contact with family Keeping up with closings and conditions in and around  Nashville helps everyone in your household feel more at ease and connected.

Canter Power generator owners throughout Nashville will tell you about the peace of mind that comes with knowing they will never have to suffer through an unexpected or prolonged power loss.  Thanks to your Canter Care  Protection Plan’s   24/7 remote monitoring and automatic maintenance, you know that you are always ready for anything. You can plan ahead by stocking up on food and supplies when it’s most convenient for you because when emergencies strike,  you know you’ll be comfortable, safe, and fully powered in your own home.

Why Choose Canter Power Systems For Your Home Generator
in Nashville, Tennessee

It’s important to make the best choices when it comes to protecting your family and your home when bad weather strikes Nashville.